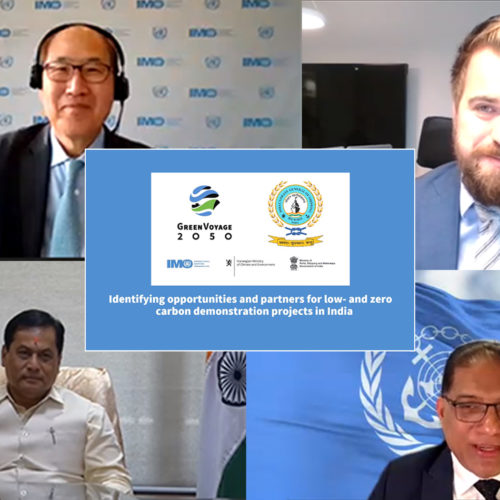 Key stakeholders with an aspiration to implement low and zero carbon demonstration projects in India have been brought together at a National Stakeholder Roundtable (30 September). The online event, jointly organised by the IMO-Norway GreenVoyage2050 project and the Directorate General of Shipping of India, involved a broad range of stakeholders from across the maritime sector. These included cargo owners, ship owners and operators, ports as well as representatives from the government and finance sectors.

The Roundtable considered on-going projects that are being implemented in India (Kochi Water Metro project) and Norway (through the Green Shipping Programme). Stakeholders subsequently brainstormed and identified a broad range of potential low and zero carbon solutions that could be applied on board ships and in ports in line with India’s National Action Plan for Green Shipping. As a next step, GreenVoyage2050 will support turning selected ideas into concrete projects, by supporting project partners in undertaking feasibility studies, developing bankable project proposals and connecting partners with financial institutions.

The Roundtable event followed a high-level opening event (28 September) in which India’s Minister of Ports, Shipping and Waterways, the State Secretary of the Norwegian Ministry for Climate and Environment and IMO Secretary-General Kitack Lim participated. The opening marked the official launch of the pilot project work in India and was attended by many high-level government officials from India as well as private sector representatives.

The GreenVoyage2050 is funded by the Government of Norway and is supporting shipping’s transition to a low and zero carbon future. The project is engaging with several partnering countries on the identification, development and implementation of pilot projects.