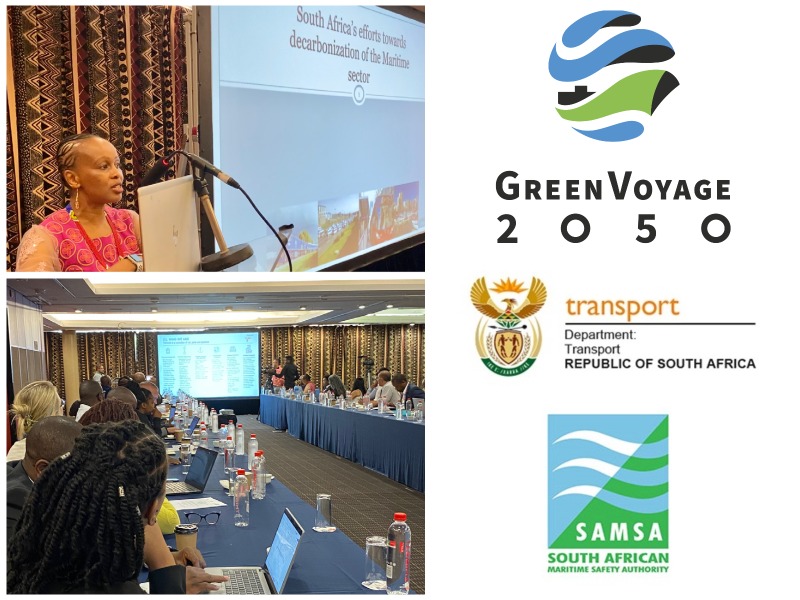 A national stakeholders roundtable was held in Durban, South Africa this week to initiate work on potential pilot projects to demonstrate low and zero-carbon solutions for maritime shipping. The roundtable was jointly organised by the IMO-Norway GreenVoyage2050 project, the Department of Transport of South Africa (DoT) and the South African Maritime Safety Authority (SAMSA) and brought together more than 50 stakeholders from across the maritime sector.

The event is taking place at the margins of the World Maritime Day Parallel Event, hosted by the Government of South Africa, in Durban from 12 to 14 October, with the theme “New Technologies for Greener Shipping”.

As part of the roundtable, South Africa shared ongoing projects currently being undertaken at a national level to reduce emissions from the maritime sector, including initiatives to explore and promote green hydrogen in ports. Stakeholders subsequently brainstormed ideas for potential low and zero-carbon pilot demonstration projects which could be further developed and supported under the GreenVoyage2050 Project. This would involve the undertaking of feasibility studies, developing bankable project proposals and connecting pilot project partners with financial institutions.