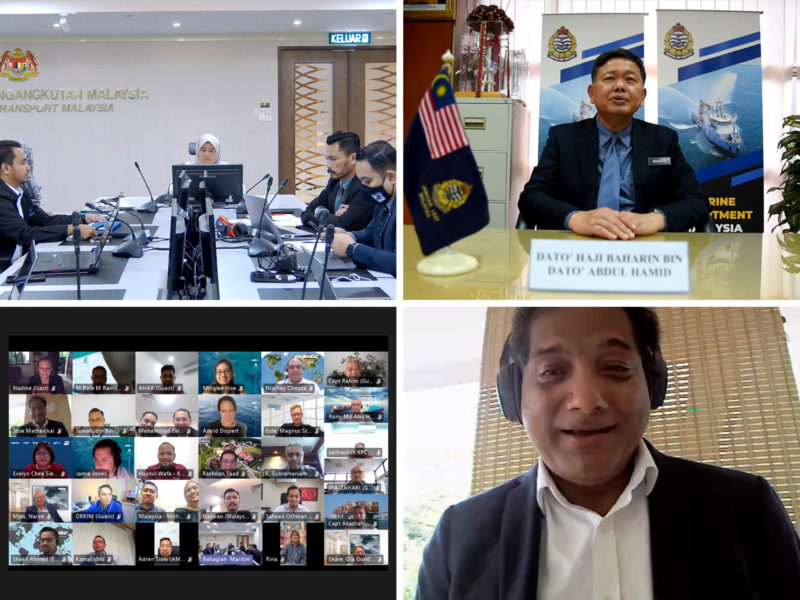 Key Malaysian stakeholders with aspirations to implement low and zero carbon demonstration projects gathered together for a National Stakeholder Roundtable held virtually on 24 August. The event was jointly organised by the IMO-Norway GreenVoyage2050 project, the Malaysia Ministry of Transport and Marine Department Malaysia, and was attended by more than 50 individuals representing a broad range of stakeholders from across the maritime sector. These included cargo owners, ship owners and operators, ports as well as the government sector representatives.

The Roundtable provided attendees with an opportunity to learn more about on-going projects that are being implemented in Malaysia such as the first green offshore supply vessel (OSV) and the unmanned hydrographic survey vessel (USV). Stakeholders subsequently brainstormed and identified several potential low and zero carbon solutions that could be applied on board ships and in ports.

The GreenVoyage2050 team will be holding similar roundtables with other partnering countries in the coming months. The next roundtable will be held for South African stakeholders in October 2022.